nicolatorriti
Death in a crowd
Español

Death in a crowd. There were two main exodus in XX century’s Perú from Andes to Lima. The first one in the 50s due to poverty. The second one began in the 80s and lasted to the late 90s due to political violence and terrorism. In Lima they did their lives as they could, and so they buried their deaths. The Virgen de Lourdes’s cemetery in the Nueva Esperanza neighborhood is one of the largest in Latin America. Each mother’s day and holly saints day, lives join deaths and celebrate with deceased favorite beer, food and musica. 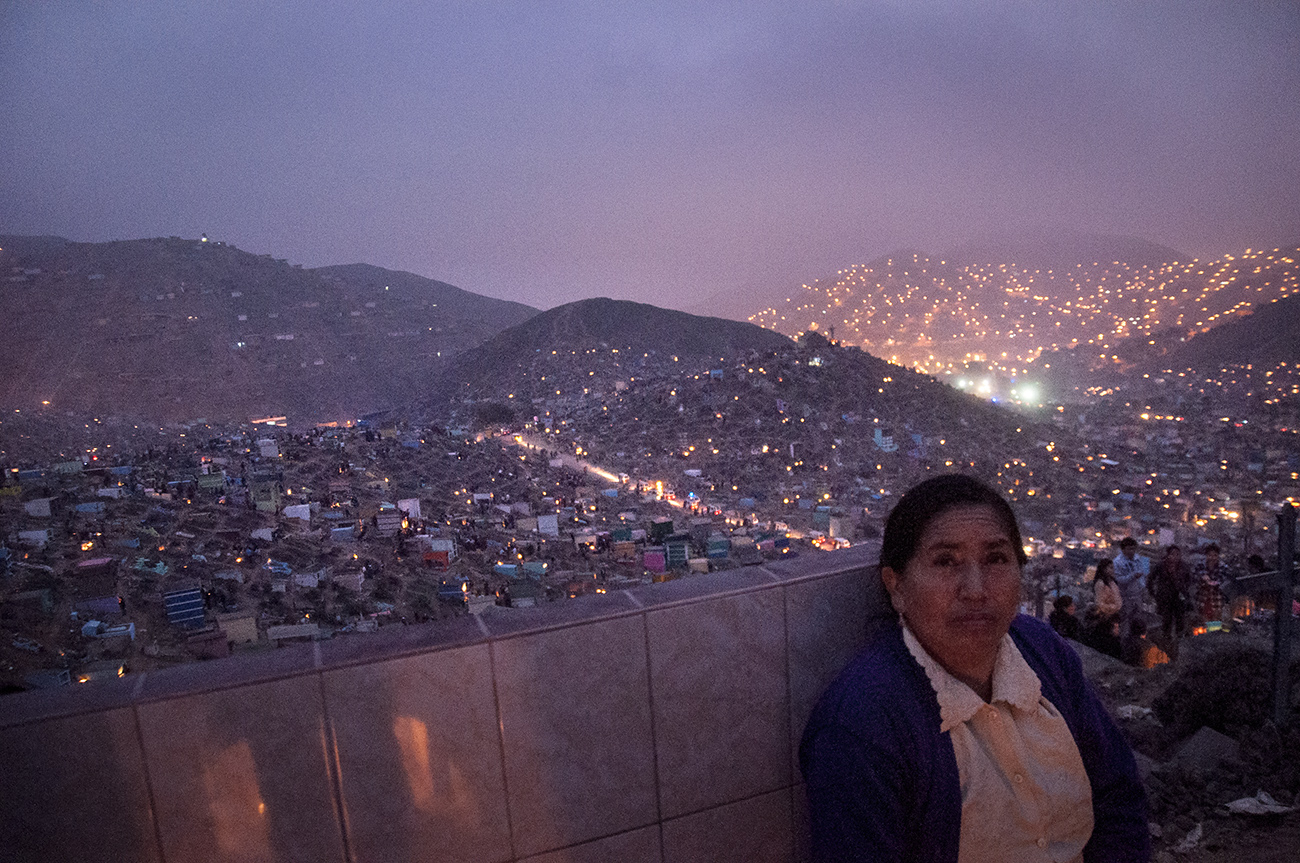